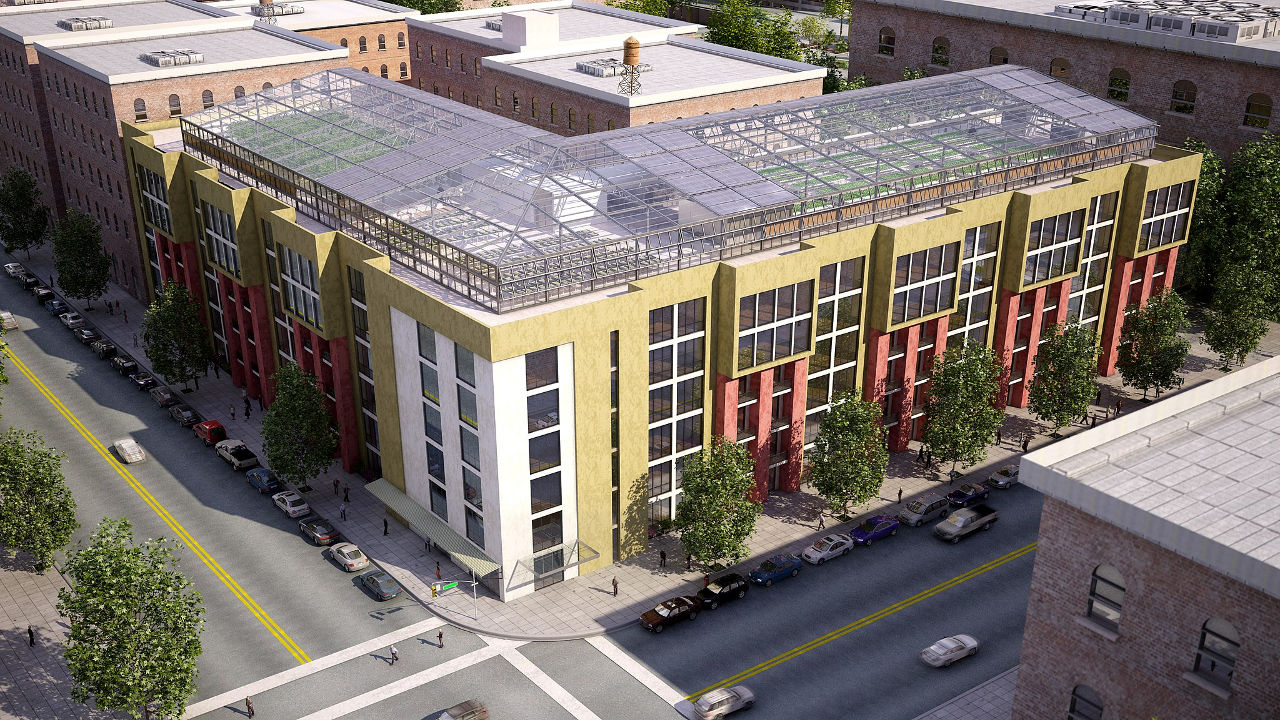 Award-winning low-cost housing projects have come to earn respect among the architecture community, that few regular projects do. In our last blog, we discussed low-cost housing in detail. Low-cost housing, are homes that are targeted at a specific demographic or income groups. For example, houses for senior citizens, and replacement homes for slum dwellers. They can also be government housing projects offered to people within a certain income bracket or homes built for the unemployed/disabled, who are currently under government care.

The definition varies from country to country; however, the objective of every project is the same- keep costs low. Of course, it is also to make profits if it is a private venture. Despite its challenges, there are some award-winning low-cost housing projects, that have stood out for factors like design, innovation, aesthetic sense, and effectiveness. Here are some of the housing projects built in this decade, that have caught our attention.

This is a unique award-winning low-cost housing project, built with the goal of preserving the existing topography at the site. Known in Spanish as 317 Viviendas Sociales, it is located in Loma del Colmenar. The project was conceived by the SEPES- Ministry of Development in Spain. Antonio G. Liñán took over as lead architect of this sea-side social housing development. 317 Social Housing Units has won the Architecture Masterprize and has been nominated for the European Union Prize for Contemporary Architecture. The beauty of 137 Viviendas, is that it stretches across land rising sharply 40 meters above sea-level. The architect molded this challenging landscape by using a series of mini-slopes and terraces.

In terms of style, it has a contemporary approach to the traditional Mediterranean courtyard homes. The patios, empty spaces, inner courtyards & terraces create a unique social outer space. The placement of the buildings ensures energy efficiency as every home has a double orientation. A mix of residential and commercial spaces, the occupants enjoy either a landscape or a sea view. It is a unique looking affordable housing complex that inspires.

It is the 2019 winner of the “Vanguard Award for Major Rehabilitation of a Historic Structure into Affordable Housing”. Instituted by The National Affordable Housing Management Association, the award recognizes projects that overcame challenges through innovation. The Millworks Loft was formerly a 90-year-old millwork factory. The Dominium Development, BKV Group, and Weis Builders jointly took the task to convert it into affordable housing units. What emerged was a set of 78 affordable apartment units powered by geothermal cooling & heating and stormwater management. The project is part of the on-going conversion of the Hiawatha Industrial Corridor into a commercial cum residential hub. However, it is the only historic preservation project in the corridor.

The architects managed to restore the exterior of the mill to its former appearance. However, the main challenge was getting rid of the former industrial waste and toxic residues. The team removed remnants of asbestos, lead paint, and a 10,000-gallon fuel storage tank. They installed a vapor mitigation control system to combat soil vapor intrusion. Another challenge was rising construction costs which were handled using creative financial measures. The project flaunts a vintage cedar & brick exterior look. Elevators shafts have been converted to skylights. The residential units are arranged in a circular fashion around a central area. Former sheds have been converted into community rooms and garages. The project also won the 2018 Multifamily Executive Award for affordable housing.

The award-winning low-cost housing project- 70 Housing Complex is in Monterrey, Nuevo León. It has been built by the Chilean architecture firm – Elemental, founded by Pritzker Prize awardee Alejandro Aravena. The architect is renowned for his work in social housing and post-disaster rehabilitation. It is inspired by another Elemental project in Chile. The Monterry 70 Housing Complex is located in a middle-class neighborhood and was commissioned by the Government of Nuevo. It is a high-density project that had to be built in a tight 0.6 hectares of land. The architect had to adapt to the heavy rainfall that the town region faces, ensuring proper drainage & protection. Despite a relatively high allocated budget, the team had to obey strict construction norms & quality requirements. Half of the houses would be self-built, so the designers needed to build a template that would encourage home-builders to adapt to the overall design aesthetics of the housing complex.

Taking on the challenge, Elemental went on to build housing that won them the 2011 INDEX Design Prize and the 2019 Brit Insurance Architecture Award organized by the London Design Museum. The project intelligently created a ‘tetris’ like the fit of the three-floored continuous building that morphs into sections where there is a complete home on the first floor and apartments above. Despite there being purposely voids for future expansion, all parts of the housing are covered by a continuous roof, to ensure protection from the rains. Green spaces have been designed at the center of the buildings, to ensure the proximity of the residents to them, for maintenance. Such spaces also ensure social interaction.

This award-winning low-cost housing project has been recognized as a benchmark for the development of affordable housing across the country. Goldsmith Street holds 100 plus homes which might seem aesthetically plain, but exhibit unique architectural intelligence. It reminds one of the traditional row houses from the Victorian era. 60 apartments and 45 individual homes are fit into an area that is hardly 2 acres. The project has been touted as a beacon of hope when it comes to combining affordable housing with energy efficiency.

The plain brown colored bricks play an insulating role. Most homes are oriented towards the south so that they experience maximum sunlight. This reduces the heating cost for residents. The low-rise buildings are topped with a tilted roof to enhance the solar orientation. Architect Michael Riches has used aluminum brise-soleils to partly shade the windows. There are central green areas that double up as play parks for kids. The Goldsmith Street project has not just won the Neave Brown Award for Affordable Housing (RIBA), but also won the top RIBA Stirling Prize, the only low-cost housing project to have done so.

It was among the 2019 20 finalists of probably the most prestigious award- the Aga Khan Award for Architecture. Although it isn’t strictly a ‘housing project’, the Courtyard House Plugin by Chinese People’s Architecture Office Studio, is a unique modular extension to existing houses in low-income areas. The objective of the structure is to redevelop century-old courtyard houses without demolishing existing structures. The Plugin basically renders a brand-new house, inside an existing house and that too complete with insulation, wiring, and contemporary interiors. As it doesn’t need a new external structure, the construction cost drops down drastically.

Owing to its prefabricated panels, assembling it is easy. Labor charges get minimized, as it can be installed within a day, . Previous occupants do not need to relocate during set up. Developed in 2014 as a prototype, the award-winning low-cost housing project, by now, has been set up in at least 15 different sites. The scalability has caught the attention of the government and the idea foresees applicability in densely populated areas of the city. Here, low-income groups live in od run-down houses and do not have money for renovation. Apart from the lack of amenities, such structures are unsafe to live within. The Plugin provides a modern, safe and affordable alternative. The Courtyard Plugin won the 2016 Archmarathon Award (retrofitting and refurbishment category). The project is internationally recognized for demonstrating innovation in the affordable housing category.

Affordable housing is not just about cutting costs but ensuring that architects provide residents with high quality, safe living. Building low-cost homes also test an architects’ skill in negotiating and working with multiple partners especially government authorities. Leveraging pre-existing financial schemes is also key in delivering a project that makes profits. We hope the award-winning low-cost housing projects showcased above inspire you in all these aspects and more.