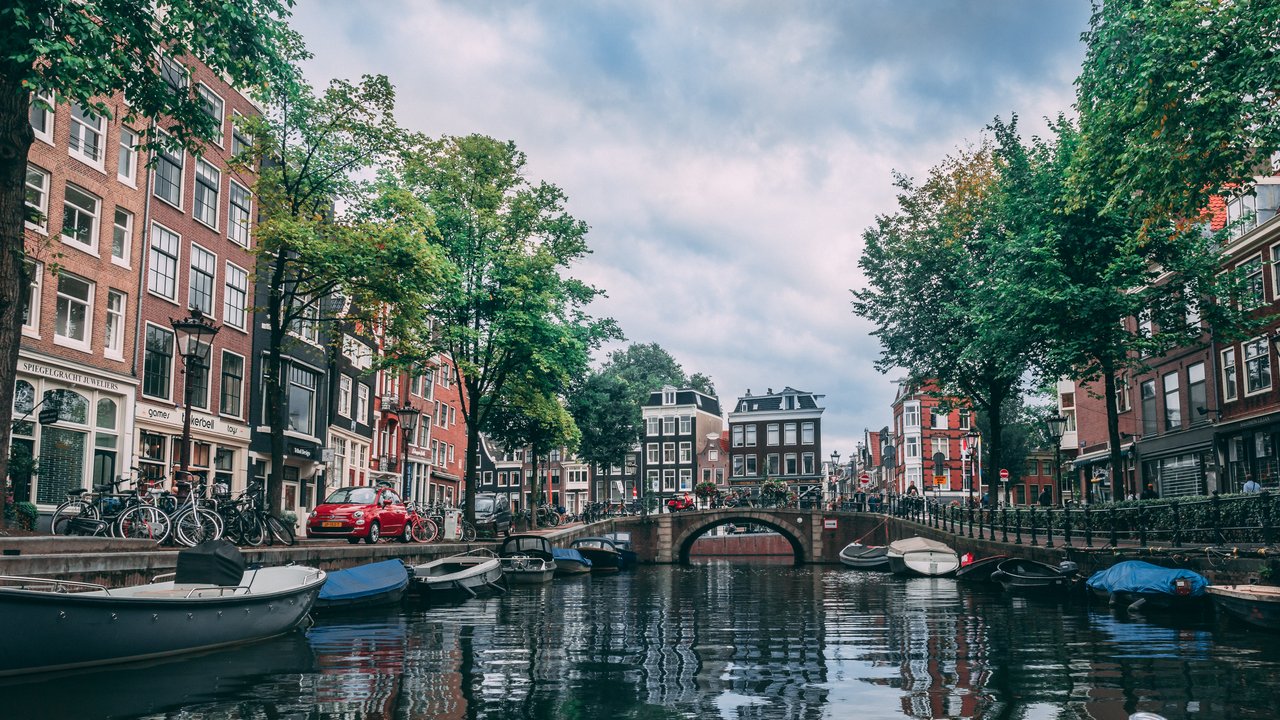 Amsterdam has been synonymous with cutting-edge design, globally. It isn’t surprising then the Dutch capital is home to some of the most brilliant architects. Contemporary architecture in Amsterdam is path-breaking and inspirational. The canal lined city’s love for architecture dates to the 1300s when it was acknowledged as one of the foremost in pioneering design innovations. In fact, the city established its own iconic architectural style, namely the Amsterdam School.

Over the centuries, Amsterdam has traversed various styles. Canal lined houses, classicism of the 18th century, art deco, the Berlage phase, the Amsterdam school, modern functionalism and of course post-modern era, all together stand testament to the architectural capabilities of the city. Contemporary architects have derived inspiration from the past and yet have come up with quirky, inventive and signature styles which architects admire. Here are some of the best of contemporary architecture in Amsterdam.

Built in a variety of sizes and shapes, the homes offer a breath-taking view of the water, some providing a view on both ends. From a distance, the Silodam indeed looks like a pixelated picture and a closer look would attest that the style is as counter-form as it can get. The complex stands above a 20-metre-deep water body and is ten storeys high. Conceptualised to cater to the growing demand for home and commercial spaces in the western part of the city, the Silodam is complete with a restaurant, public plaza, and green space. The project has redefined contemporary restoration- creating a structure that is functional and yet challenging pre-set notions of design.

Music Building on the IJ by 3XN

Muziekgebouw aan 't IJ as it is known in Dutch, is an award-winning concert constructed atop a water body- the IJ. The project was commissioned to Danish architecture firm 3XN and was completed in 2005. The music building is dedicated to modern classical and jazz music, and attracts advanced music aficionados as well as the common public. Envisaged as a place that encourages constant flow, the hall houses one large concert space which is complemented by smaller hall for exhibitions, talks and conferences.

This contemporary architecture in Amsterdam, connects to the pier via wide staircases which double up as a grand entrance. The public has access to the in-house café, exhibition centre, audio playground as well as the documentation centre. Lit largely by natural light that pours through its large glass facades, the music building is cleverly designed with interior lights that transform the place at night. The project has won multiple awards such as ULI Europe Award 2006, the Dutch Building Award 2006, the LEAF Award 2006 and many more.

The Whale by de Architekten Cie

A multi-unit housing project, the initiation of the Whale, located in Borneo/Sporenburg neighbourhood, began as a challenge. Despite being a suburban area, the Amsterdam municipality granted building permission to build the complex, on the condition that the architects would ensure a density of 100 housing units per hectare of the allocated land. Designed by Adriaan Mou, Frits van Dongen and Pero Puljiz; the strikingly sloping roofline of the v-shaped structure is said to be inspired by the surrounding water body. Owing to its bold structure, the Whale has indeed become a landmark for contemporary architecture in Amsterdam.

Zinc panels flank the structure which has two-thirds of its space dedicated to housing 213 apartments. The lower levels house a commercial space and a football pitch sized underground parking area. Worked on, with a limited budget and of course space, the Whale cleverly raises the living quarters onto the raised slope edifices, creating a ground level structure that is lit by direct sunlight and envelopes a garden within. It is a complex which appears compact from outside yet holds a world of its own, within. Over the years, it has achieved global critical acclaim among the architecture community.

Originally a smaller science museum set up in 1923, Italian architect, Renzo, was commissioned to build the external structure in 1997. Known by various names since inception, it formally came to be called the Nemo Science Center in the year 2016. Located at the Oosterdok in central Amsterdam, the venue is a popular attraction for children. The bold shape, striking sea green colour and theatrical juxtaposition against the sky, make this a must-visit spot for contemporary architecture in Amsterdam.

The ascending outer lines of the museum house a spacious interior, interspersed with wide staircases and multiple floors. The colour of the building is derived from oxidised copper plates, an execution which makes it boldly stand out in the vicinity. Renzo has kept the ground floor covered in glass, giving the illusion as though the copper plated structure on top is floating on a body of water. Overall, the contemporary architectural marvel fittingly complements one’s curiosity in science, that the space is meant to promote.

Apart from the above mentioned architectural creations, there are multiple other examples of brilliant contemporary architecture in Amsterdam. Kop Van Diemenstraat, WoZoCo, Public Library (Jo Conenen), The Rock and Hoogtij are some of the must-see structures in the Dutch capital. While most architects tend to gain inspiration from the classics, the cutting-edge design sensibilities of Amsterdam’s architects, will surely spur one towards exceptionally innovative ideas.