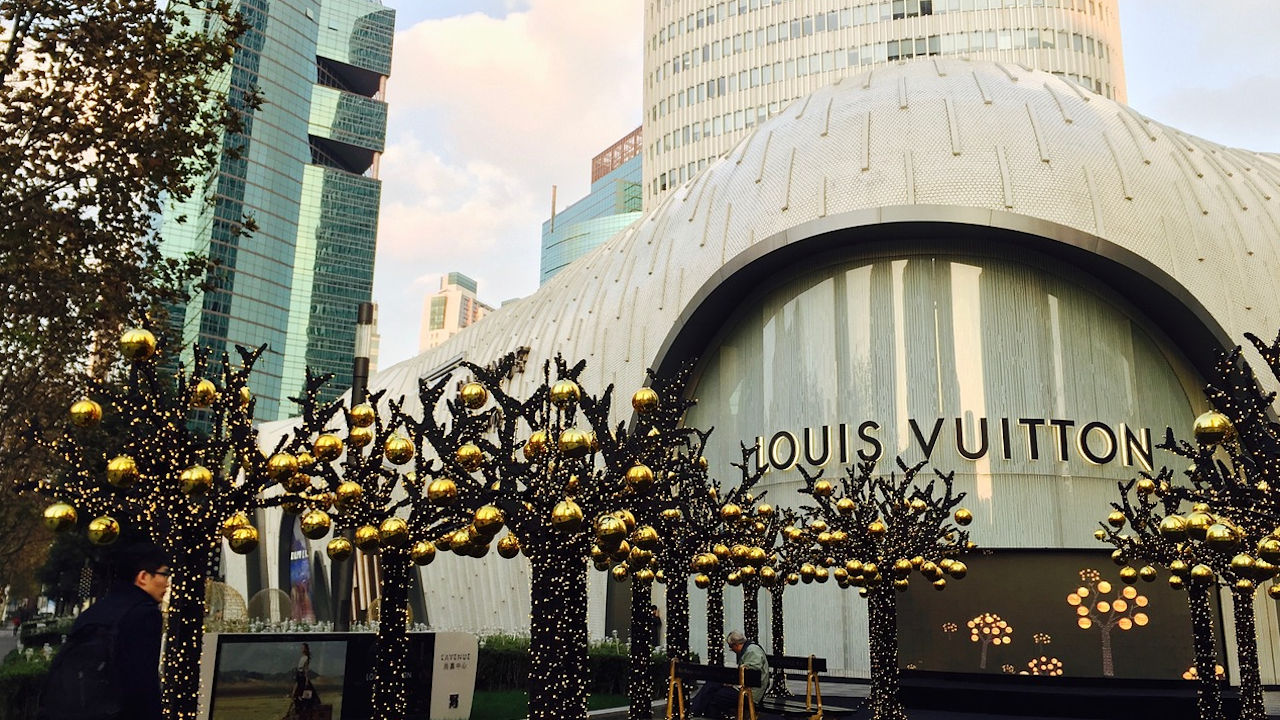 Skyscrapers and towers have become the norm in large metropolitan cities like Dubai, New York and even Shanghai. However, Shanghai is home to some of the most distinctively shaped architecture. Known in the 30s, for its art deco style of architecture, the city has undergone the most dramatic changes in terms of architectural style in a short period. Shanghai is known as the ‘showcase city’ for China on the global stage, for economic and political purposes.

Rising like a colourful beacon from the city’s financial district, the bulbous Oriental Pearl Tower is a sight one cannot miss. The distinctively shaped architecture was designed by Jia Huan Cheng. Functionally constructed as a TV & radio tower, it stands at a height of 468 m.  The project was completed in 1995. Located beside the Guangpu river in Pudong district, the Pearl Tower exudes a futuristic design sensibility, having the appearance of a space ship.

The eleven spheres that adorn the tower have been inspired by a poetry dating back to the Tang Dynasty. The highest sphere is an observatory with a see-through glass bottom which provides a dizzying view of the Bund.  Another sphere houses a rotating restaurant at a height of 263 m. The tower & sphere have been built out of steel, tinted glass, steel rebar and concrete. The topmost point of the tower is for TV & radio transmission. The bottom of the building, houses a historical museum. Surprisingly, this architectural marvel also has a roller coaster at a height of 300 m and has been designed with a space theme.

The Bund Finance Centre has been built on the last empty site, in the historical Bund area in Shanghai. Its most notable feature is the overlapping moving curtains of bronze shaded steel pipes. Covering an area of 420,000 sq m, the amalgamation of eight buildings, houses high street retail, boutiques, luxury restaurants, an auditorium and various other commercial spaces. Crafted in stainless steel, bronze, and granite- the distinctively shaped architecture in Shanghai has a jewel like appeal.

Completed in 2017, the golden-bronze finish on the exterior ‘pipe curtains’ was achieved using a process called physical vapour deposition. It was conceived as a connecting point between the old and new parts of the city. Central to the Bund Finance Centre is a culture centre which is used for fashion shows, theatre and art exhibitions. The kinetic veil of pipes is the building’s most distinctive feature.

Inspired by traditional Chinese temples, the Shanghai Grand Theatre is an opera house with a futuristic appeal. Uniquely styled, the crystal-like palace is infused with functionality. It was constructed in 1998 and is in the historic part of the city. The distinctively shaped architecture was designed by French architect, Jean-Marie Charpentier. Covering an area of 55,000 sq-metres, the external design is inspired by elements of Chinese culture. The opera house accommodates eight floors above and two of them at the basement. The key parts of the theatre include the main Auditorium, the Buick Theatre and the Studio Theatre.

Structurally, the ground plan is the form of a square which rises-up to an arched roof. The architects have used advanced techniques to suspend the glass facades from the top. The glass is supported by an inner 7000-ton steel structure. An architectural challenge- this frame was assembled at a shipyard and hoisted to a height of 40 m using jacks. The opera house also houses various rehearsal halls, exhibition halls, banquet hall, coffee shop and parking area.

Declared the ‘world’s best new skyscraper’ in 2016 and winner of multiple awards, the twisting Shanghai Tower challenges what skyscrapers should be. About 632m in height, the building has 128 storeys. Designed by the world-famous Gensler, the construction of the project was completed in 2015. The Twisting Tower is the world’s second tallest building, second to the Burj Khalifa. It has an observation deck at a height of 562m.

This distinctively shaped architecture, twists at 120 degrees, offering occupants a 360- degree view of the city. Each floor can accommodate 16000 people and houses offices, commercial spaces, retail stores and eateries. The structure of the tower is such that it holds 9 cylindrically shaped skyscrapers joined in a smart manner by a reinforced glass façade. Owing to its unique shape, the tower has a significantly higher resistance to wind loads and uses less steel. It is indeed a ‘twisted’ mark of outstanding innovation in architecture.

Apart from Shanghai, distinctively shaped architecture span various other cities and rural centres in China. Interestingly, in 2016, the Chinese government set guidelines and banned construction of ‘oddly shaped buildings’. The move was to encourage architects to adhere to urban planning rules, be functional and economical. China just dealt a crushing blow to creativity. The government also hinted at pushing for environmentally friendly structures. The result has been projects such as the 1000 trees in Shanghai, by Heatherwick Studios. However, this isn’t to say that creativity and distinctiveness is discouraged. In the coming years, we are sure to see more distinctively shaped architecture in Shanghai such as the Lane 189 mall and the Shanghai LV Building.