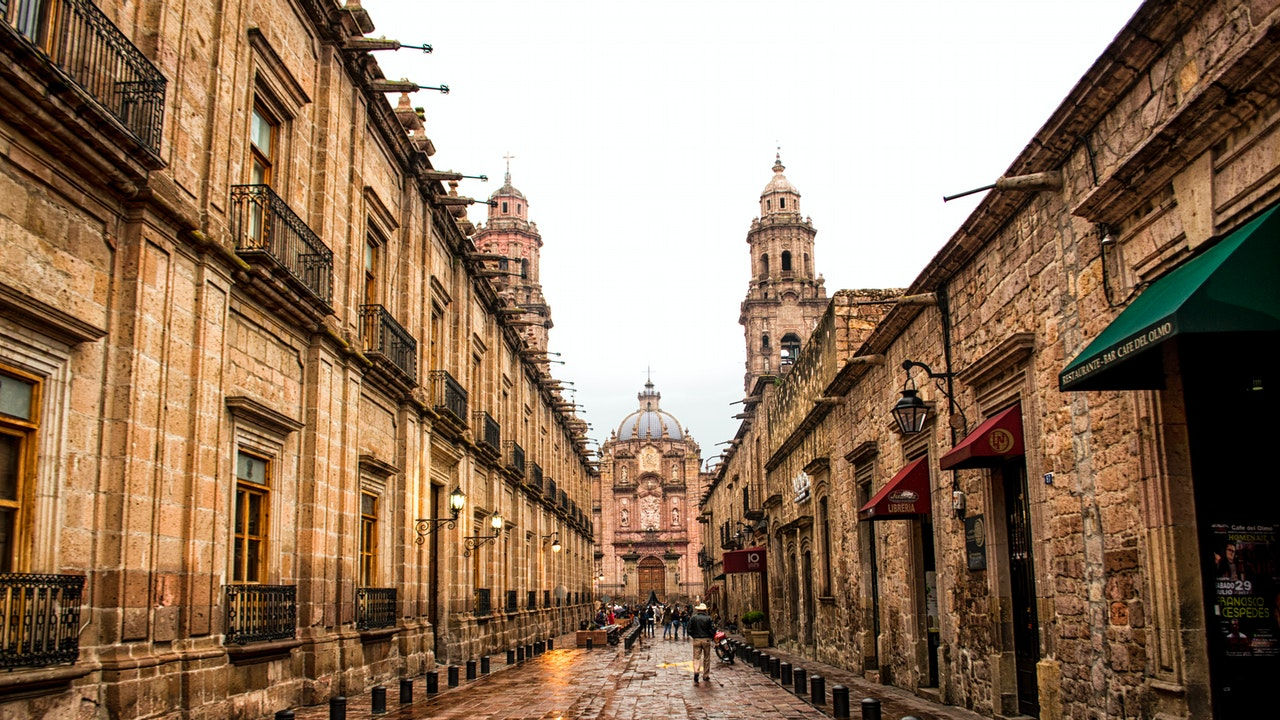 The Best of Mexican Architecture

The best of Mexican architecture is largely unbeknownst to laypeople. It is only in recent years, that the erstwhile ‘New Spain’s’ architecture has got due exposure. This has been mainly on popular television shows where grand villas and rural architecture has been captured in all their glory. However, the country offers an AEC professional a plethora of architectural learnings. It isn’t surprising that Mexico has the largest number of sites that are declared by UNESCO as World Heritage Sites.

The styles vary vastly, owing to the historic periods to which the structures belong. The key events and the people in charge of the country during those times, largely determined the way Mexican architecture uniquely developed on its own. The Pre-Hispanic period gave birth to structures built by the indigenous people of the American subcontinent. Mainly these feature Mayan archaeological sites or what is preserved of it. But Mexico kept getting built or re-built in various periods. The following are examples of some of the best of Mexican architecture up until the mid-1900s.

Uxmal is a world heritage site located in north-western Yucatán. It is not a single structure as much as it is the remains of an ancient Mayan city. Uxmal is considered a fine example of the Puuc architecture style, deriving its name from the region. Some key buildings include the Governor’s Palace, Ballcourt, the Pyramid of the Magician, and the Nunnery Quadrangle. These buildings were constructed out of stones which were cemented together using a lime-based concrete. This base structure was covered with a veneer made of thin stone slates, mostly on the top half. Shaped as lattices and spirals, these veneers worked as a decorative element on the structure.

The corbel arch was another Puuc feature where boot-shaped stones were used to create step-shaped arches. The Maya were ritualistic people so most Puuc style buildings were made to face a central plaza which was used for rituals. In fact, most of the buildings in Uxmal have divine iconography such as Venus glyphs covered in the mask of the rain god. Also of note is the fact that the Mayans used astronomy to align their buildings, to help with rituals, or even track seasons. Overall, anyone who has visited Uxmal would agree, that it exudes magical supernatural energy.

The historic city was founded in 1531 and marks an era where the Renaissance style still had an influence. The well-planned grid-based city is filled with religious structures and the center is also known as the capital of Mexican Baroque style of architecture. It was a commercially important city forming the connecting link between Mexico City and the Port of Veracruz. Puebla also has important public buildings and residential accommodations, which are some of the best of Mexican architecture.

Key features of the old architecture in the downtown area are walls covered with colorful azulejos (tiles), large buildings, and bold colors. Buildings are mainly made of grey stones and red bricks. The Chapel del Rosario is a fine example of the Estacado Baroque style which focussed more on decoration than on structure. Unfortunately, the intricate stucco and gold paintwork did not largely stand the test of time. Puebla overall is a pedestrian tourist’s dream, especially if the tourist is an architect.  Some famous sights are the market at El Parian, the Municipal Hall, Barrio del Artista, and the Puebla Cathedral.

Located in Mexico City, the main seat of the Catholic Archdiocese of Mexico, is surely among the best of Mexican Architecture. Built over an astonishing duration of 250 years, the structure represents a variety of key Mexican architectural styles. As it was built in parts, between the years 1573 and 1813, the cathedral is a great study of the Gothic, Baroque, Neoclassical, and the Churrigueresque style of architecture. The south-facing façade of the cathedral features three portals, and the statues of saints adorn the space between its columns. The clock tower atop the main portal was sculpted by Manuel Tolsa and represents Faith, Hope, and Charity.

The 25 bell towers of the cathedral display an influence of neo-classical architecture and were initially worked upon by the artist José Damián Ortiz de Castro from Xalapan. The largest bell weighs 13000 kilograms. The tabernacle of the cathedral is a fine example of Baroque architecture. Among the altars, the Altar of the Kings has a Churrigueresque (Ultra Baroque) influence. It is profusely decorated and features an estipite ‘column’ which is a base in the form of a truncated, inverted pyramid. There are sixteen chapels within the cathedral, each a unique architectural marvel on its own.

Mexico witnessed a wave of urbanization in the late 19th century, especially during the term of President Porfirio Diaz. The focus of architects in the period was mainly to establish modernization and it was challenging to avoid adding ‘truly Mexican’ elements to what they built. The country saw a flurry of infrastructure projects being built, during this period.  These buildings were made with imported materials such as European granite, stained glass, bronze, and Italian marble. The Palacio de Correos (Postal Palace), is a fine testament to those changing times.

Under the President, talent too came to be outsourced. The Postal Palace was designed by Italian architect Adamo Boari and engineer Gonzalo Garita, who took over its construction. The palace represents a very eclectic style of architecture. One can experience glimpses of Art Nouveau, Spanish Rocco, Venetian Gothic Revival, Art Deco, and event Moorish elements. It has been constructed out of the cantera stone from Puebla, marble, and plaster of paris. The building rests on a steel frame and steel foundational beams. Located in the historic part of Mexico City, the palace is an obvious choice to be among the best of Mexican architecture.

After the phase of intense modernization, architects began to retrieve the traditional and indigenous styles of Mexico. One such example is the Ciudad Universitaria. The main campus of the National Autonomous University was built in the 1950s, in Coyoacán, Mexico City. When it was constructed, it was the single largest construction project in the country, since the time of the Aztecs. The university has been built on a solidified lava bed. Incidentally, there are just eight projects from UNESCO’s World Heritage site list (830), which are from the 20th century. Two of these are the Ciudad Universitaria and the Barragan House built by Mexican architect Luis Barragan.

The campus is a unique combination of modern strip windows, independent facades, free plans, and ramps & stairways inspired by the pre-Hispanic era. The Central Library is an architectural must-visit. The structure is decorated with Mexican sculptural and pictorial elements- a visually unique emblem which has made it the quintessential ‘poster building’ for the university’s architecture. In recent years, some more remarkable structures have been added to the campus, such as the Museum of Contemporary Art by Teodoro González de León. The campus is an architectural marvel with a life of its own.

We hope with our above showcase; we could provide a fitting introduction to the spectrum, that is Mexican Architecture. While they are some of the best of Mexican architecture, there are multiple other marvels that we could not cover for the sake of brevity. But Mexico is a designer’s and architect’s delight- quite under-explored and having a lot to offer.