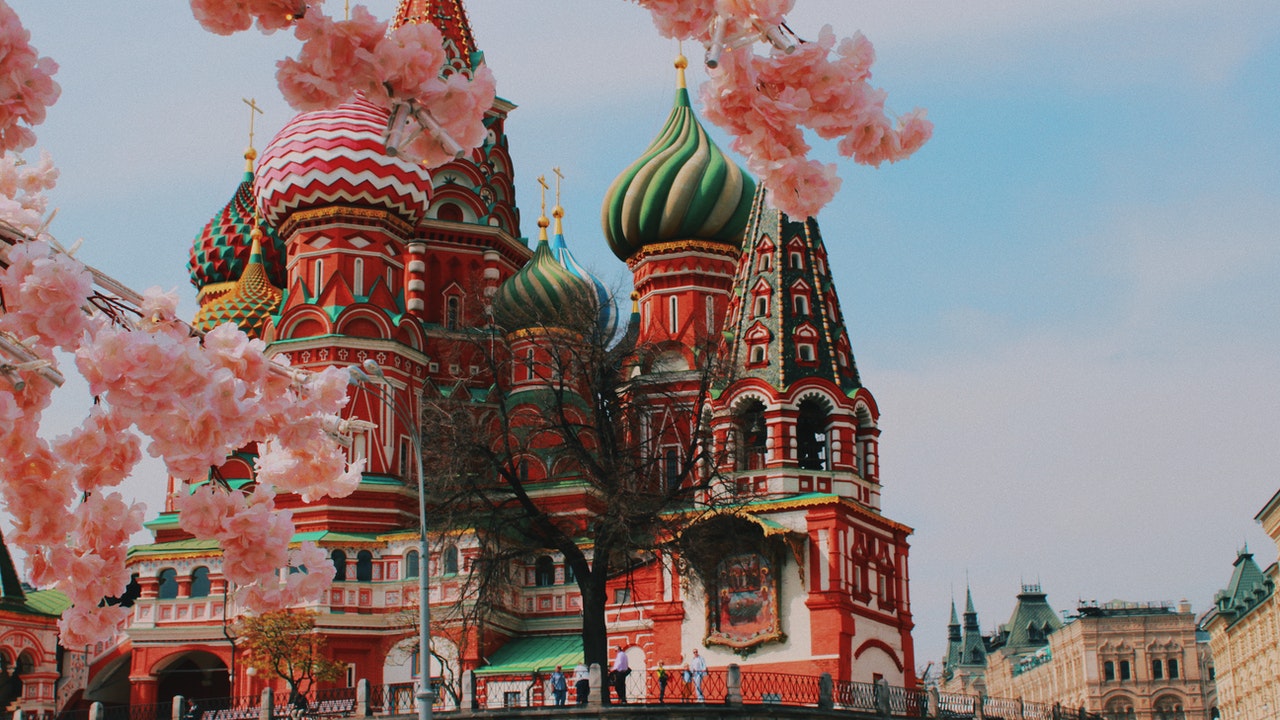 Being the world’s largest country in terms of the area, there are many underexplored architectural landmarks in Russia spread across the country. One may even call them non-touristy as architects visiting the country mostly end up exploring architecture in Moscow and to an extent St-Petersburg. The Red Square, Grand Kremlin Palace or the Kuskovo Museum are popularly used to visually represent Russian architecture globally.

However, across the country, one can explore unique architectural styles whose origins, span through centuries. Most of these are churches owing the country having participated in the spread of Christianity. Apart from royalty and community commissioned churches, one can find monasteries, palaces, gates and other such structures. Man-made construction in Russia began during the Pre-Christian era, i.e. before 988. There are multiple unique architectural landmarks built up until the early 20th century. It was then that the the Imperial Russian period ended. Let us explore some key underexplored architecture landmarks in Russia built between 988 and 1917.

Almost magical, these wooden churches are unique structures atop the Kizhi islands located on Lake Onega (Republic of Karelia). The nine domed Intercession Church and the twenty-two domed Church of Transfiguration are part of the UNESCO World Heritage list.

The two churches located next to each other are made just of wood- meaning there are no metal pieces like nails used! Structural integrity has been ensured by interlocking the woods, which gives the structure a golden sheen under the sun.  The churches are well above hundred feet in height, one of them being the tallest wooden building in Russia. The framework of the church is rests on a stone base with a foundation that runs deep. It was built between the 17th and 18th Century.

When the Mongols invaded Russia, they destroyed many medieval stone structures. The economic after-effects meant not many stone structures were built in the next few hundred years. However, structures like the Saint Sophia Cathedral in Novgorod were left untouched. Churches built till mid 1000s, were greatly influenced by the Byzantine pattern.

However, this Slavic church, commissioned by Yaroslav the Wise, happened to be one of the first, to diverge from the style. The central of the five domes of the cathedral is covered with gold, however, it has minimal decoration otherwise. A notable icon in this structure is that of the Mother of the God of the Sign. The interior porticos are decorated with exceptionally beautiful frescos.

The Ascension church was one of the first wood, stone and brick architecture to be constructed in a tent like style. It was built in 1528, to celebrate the birth of Czar Ivan the Terrible. Incidentally, tented churches became more popular during his reign.

The wooden tower is 134 feet tall and rests on an octagonal substructure made of stone and brick. The roof is decorated with small and tiered ‘kokoshniks’, which are keel or semi-circular shaped arches. These arches on this underexplored architectural landmark in Russia, are better described as pinched semi-circles. A UNESCO World Heritage site, in winters, the building appears to be glowing owing to the way the pointed roof reflects sunlight.

Located on the banks of the Kotorosi River, the monument is an underexplored architectural landmark in Russia. The strikingly green domed church is the pinnacle of the Yaroslavl School of Architecture. St. John the Baptish Church has fifteen domes and houses a 147 feet tall bell tower.

The onion shaped dome and walls are covered by richly coloured glazed tiles, which impart it a bold and vibrant look. The unique architecture features on the 1000 Russian rouble bank note.

Also, known as the Church of Nativity of the Blessed Virgin Mary, the Russian Orthodox church was completed in 1719. Commissioned by a merchant named Grigory Stroganov, the mosaic domes, bold colours and the overall vibrant aesthetic appeal, make it one of the best examples of Stroganov style architecture.

The building has two levels and is adorned by five multi-coloured domes. These were repainted in the 19th century to look like the St. Basil’s Cathedral in Moscow. Inside, the church houses three-apsidal altars, a porch and a refectory. The main body of the church is decorated with white stone carvings. The Strogonov Church is a must-see underexplored architectural landmark in Russia.

The palace built by the order of Empress Elizabeth Petrovna, is a fine example of the Elizabethan Baroque style of architecture. The magnificent yet elegant structure was the official residence of Russian emperors up until 1917. Today, the palace and its various precincts house the Heritage Museum.

While its architecture had the influence of many architects, the Winter Palace’s most prominent influencer was the renowned Italian architect- Bartolomeo Rastrelli. The green and white palace is in the shape of an elongated rectangle, 705 feet wide and 98 feet high. It is known to house 1500 rooms and has 117 running inside its structure. The opulent exterior is a stunning display of grand architecture complemented with elegant stucco decoration. The four facades are adorned by two-tier colonnade embellishments. The stucco elements include mascarons, architraves, surbases, cartouches and more. Every single element of the palace contributes to creating a dream like opulence that is and truly was worthy of kings.

One of the lesser visited spots in Saint Petersburg, the Russian orthodox monastery is an example of architecture from the early 1700s. Built in the Peter’s Baroque style, the layout of the cathedral is hexagonal in shape and consists of 12 churches, academies and seminaries. It houses the Annunciation Church, which is known to be the oldest stone church in the city.

However, the key architectural attraction is the central Holy Trinity Cathedral, which stands out boldly in aerial views. It consists of a single large dome and is flanked by twin double-tiered bell towers. Doric columns adorn its entrance portico; the northern and the southern entrance specifically are decorated with sculpted bas-relief panels. The interior consists of rich iconostasis made in marble with detailing in bronze. Overall, it is an interesting unexplored architectural landmark in Russia.

A trip to any country, warrants a visit to the must-see tourist attractions. However, as an architect, there is inspiration to be found in the unlikeliest of places. Russia offers a plethora of options to choose such places from. One can safely say that the country has an early-architectural style which is very distinct from those in other countries. Hope you enjoyed reading about these underexplored architectural landmarks in Russia.