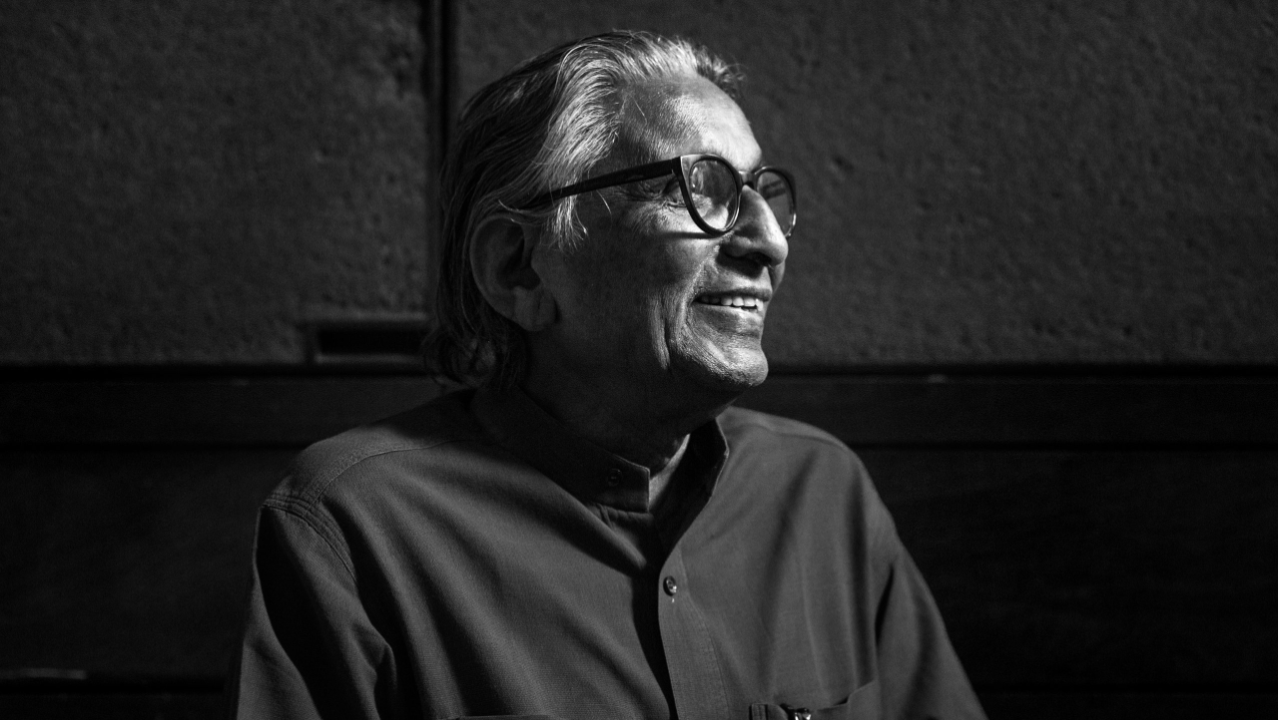 What got Balkrishna Doshi the Pritzker?

First Indian Architect to collect the prestigious Pritzker Prize, Dr. Doshi has envisioned noteworthy projects like Indian Institute of Management- Bangalore, Amdavad ni Gufa- Ahmedabad which he accomplished in collaboration with M.F. Hussain and Aranya Low-Cost Housing, Indore to his glory. Throughout his profession, he worked with and took inspiration from laureates like Le Corbusier, Louis Khan, and Anant Raje. On receiving the award, he was filled with gratitude towards his family and described his journey as unusual, unplanned, and accidental. After graduating from Sir JJ College of Architecture, Mumbai he did his further studies in London where he came across one of the pioneers of modernism, Le Corbusier and he made him a senior associate at Chandigarh which was a turning point his journey. Here are things that make B.V. Doshi a legend and an important catalyzer in laying strong foundations of cultural shifts in design.

Doshi’s first guru, his grandfather shaped him since childhood to observe and celebrate the life of everything that makes up our environs and considered them sacred. Inert matters came alive to him and it became his duty to stimulate this connection he felt into the built environments he designed. He preached that a profession needs to be much more than looking at financial returns and more about wellness, celebration, meaningful dialogues, connecting to silence, living at your own pace, etc. He did not embark on designing an iconic structure, his projects aimed to achieve a greater purpose than a still building. His strong belief that architecture is something that needs to be dynamic and implanting liveliness into the spaces by making them utilitarian to society made him exceptional.

While celebrating culture, his work is deeply reminiscent of Indian history, emphasizing the majesty of shrines and temples. Spatial qualities of the Hindu temple and the hierarchy of spaces impacted him, from the welcoming open entranceways to the lively well-lit semi-open mandapas, to the divine, dark, and enclosed garbhagrihas. The ways in which interplay of light and shadows occur through the intricately carved surfaces designed for dialogues in the silence. On receiving the award, he quoted, “My works are an extension of my life, philosophy, and dreams trying to create treasury of the architectural spirit. I owe this prestigious prize to my guru, Le Corbusier. His teachings led me to question identity and compelled me to discover new regionally adopted contemporary expression for sustainable holistic habitat.”

The astonishing thing about him was raising fundamental questions like the meaning of function, the meaning of space, appropriate use of technology, structure, and form, and how it could surpass the need of the client to benefit society. Keeping users at the center of design and catering to their welfare was his priority. He designed spaces for activities as simple as students enjoying in the break time, interesting sense of movements, and sense of place within a space for accidental interactions. This led to his work has been displayed in the Vitra Design Museum cataloged as “Architecture for the people” as it attributed to being multifunctional, purposeful, and societal.

Besides thinking about how spaces could be cherished by miniature civilizations, his work is considered ground-breaking for anthropomorphizing housing designs for the low-income groups. He specified that “It seems I should take an oath and remember it for my lifetime: to provide the lowest class with the proper dwelling.” The adaptation of which is seen in Aranya Low-Cost Shelter Housing development in Indore. Planning of the community, the scale, the creation of public, semi-public, and private spaces for the slum dwellers was a testament to his understanding of how cities work and the importance of urban design which got to the award jury.

Doshi’s practice has always prioritized sustainability and innovation with a critical regional approach. He credits Le Corbusier for installing the ideals in him of respecting nature and utilizing it in a raw form to the best of his ability. He innovates with local materials to formulate various passive strategies that are climate responsive, these are evident in his own office building Sangath. He worked on various ways of admitting light into the interiors of a building without gaining heat.

Sir. Doshi has laid the foundation for over six schools of Architecture and Planning, including the Centre for Environmental Planning and Technology, Ahmedabad. Apart from academic institutions has been instrumental in establishing Art Centres in Ahmedabad and the internationally known Vastu-Shilpa Foundation for Studies and Research in Environmental Design. Beyond this, he has a global presence as a chairman in American Universities, lecturer, and Jury member for competitions at the International level.