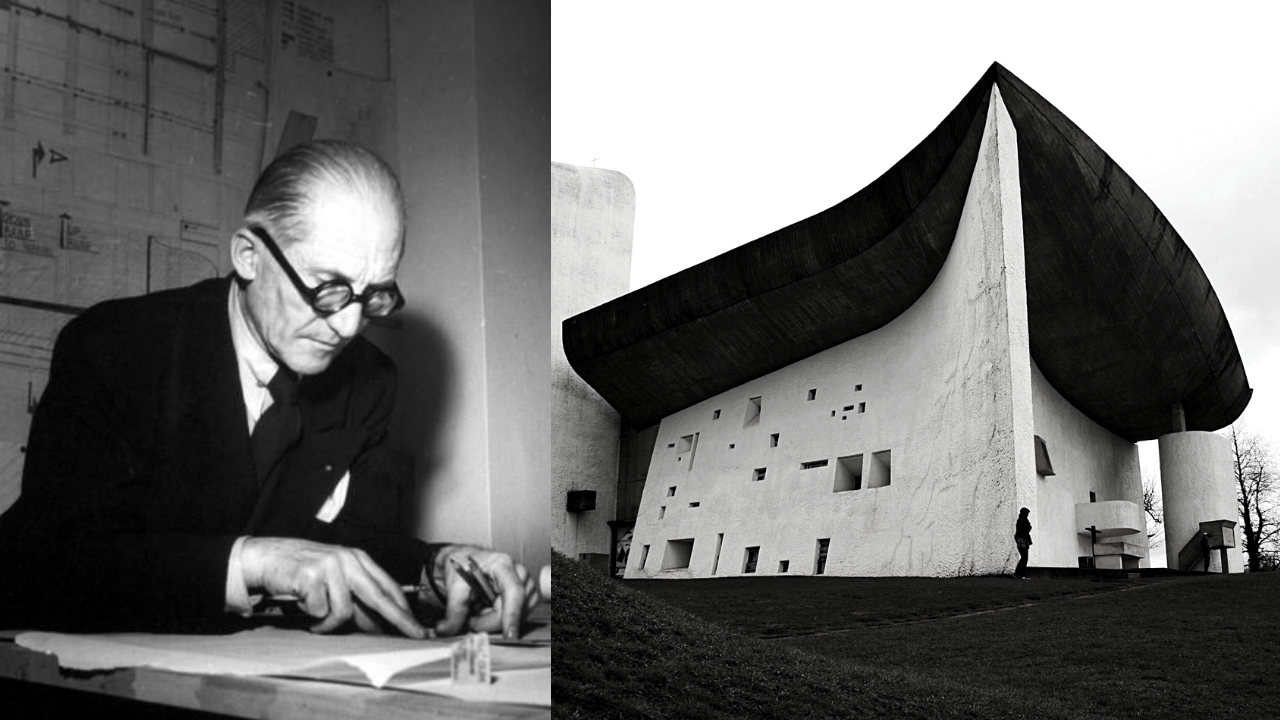 Learning from the Masters: Le Corbusier

Charles-Édouard Jeanneret, a Swiz-French Architect popularly known as Le Corbusier and recognized as the ‘father of modern architecture’ for his revolutionary works in America, Europe, and India. The richness of Le Corbusier's work comes from his obsession with mathematics and music. He has made a massive contribution in the field of Art and Architecture and laid the foundation of modernity which remains motivational for a lot of Architects to date. Some of his best works include United Nations Headquarters-New York, Heidi Weber Museum- Switzerland, Mill Owners' Association Building- Ahmedabad, and Villa Savoye, Poissy.

“Architecture is the masterly, correct, and magnificent play of masses brought together in light. Our eyes are made to see forms in light: light and shade reveal these forms.”- Le Corbusier

His early life and practice centered around the ideas of modernism and modernity as a key for promoting lifestyle Rebuilding society and later shifted his focus to experimenting with deconstructivism. His ideas inspected the House as a machine to view the landscape, using simple forms to maximize space and natural light coming inside. His ideas about modernism are still highly debatable by critiques often said to be over-simplistic and modern cities are recognized to be radical and transformative but laid focus on automotive mobility abolishing the human street, and possibly the human pedestrian life and interactions.

“To be modern is not a fashion, it is a state. It is necessary to understand history, and he who understands history knows how to find continuity between that which was, that which is, and that which will be.”

1) Raised Structure: Structural support by "pilotis", or reinforced concrete stilts provided for the dwelling to elevate it from the ground.

2) A Free Facade: The stilts form a grid framework allowing for non-supporting walls hence obtaining free facades which can be manipulated as per design.

3) Open Floor Plan: Like the free facade, stilts facilitate the flexible open floor layout for the architect to organize into rooms or to re-purpose it accordingly.

4) Ribbon Windows:  Includes long strips of ribbon windows that allow unfettered views of the exterior landscape and let in a great amount of natural light.

5) Rooftop Garden: to compensate for the green area consumed and footprint of the building, the idea of the rooftop garden was devised.

The light was fundamental to Le Corbusier’s architectural concepts, vocabulary, and expression to outline space that evokes spiritual emotion by the distinct luminous environment. This is particularly well expressed in the monumental churches that he built around the country namely The Pilgrimage Chapel, Ronchamp, and the Dominican Monastery, La Tourette. He spent a lot of his time in his life developing and refining daylighting strategies Light has been linked with divinity and holiness.

“Light creates ambiance and feel of a place, as well as the expression of a structure.”- Le Corbusier

Le Corbusier believed that color has psychology, it affects and influences spatial outcomes. Architectural Polychromy states that we are greatly influenced by certain colors which, in turn, influence how one perceives things embody spatial effects, and cause characteristic reactions to our sensitivities. He created a swatch book of colors for a Swiss wallpaper company.

“I think the most important task of color in architecture is that color changes the overall look of the structure. For example, when a house is painted with bright color, it gives it a vibrant look and, if it is painted with dark color, then it increases its depth.”

Modulor is an anthropometric scale of proportions devised by Corbusier based the system on human measurements, Fibonacci numbers, and the double unit. He believed that these Fibonacci ratios reflected inside the body and a building should reflect the same. the red series and the blue series are vertical measurements (descending scales) relating to the proportions of a human body. He was greatly influenced by DaVinci's Vitruvian Man and the Golden ratio for the scale of architectural proportion for improvising functionality and appearance as well.