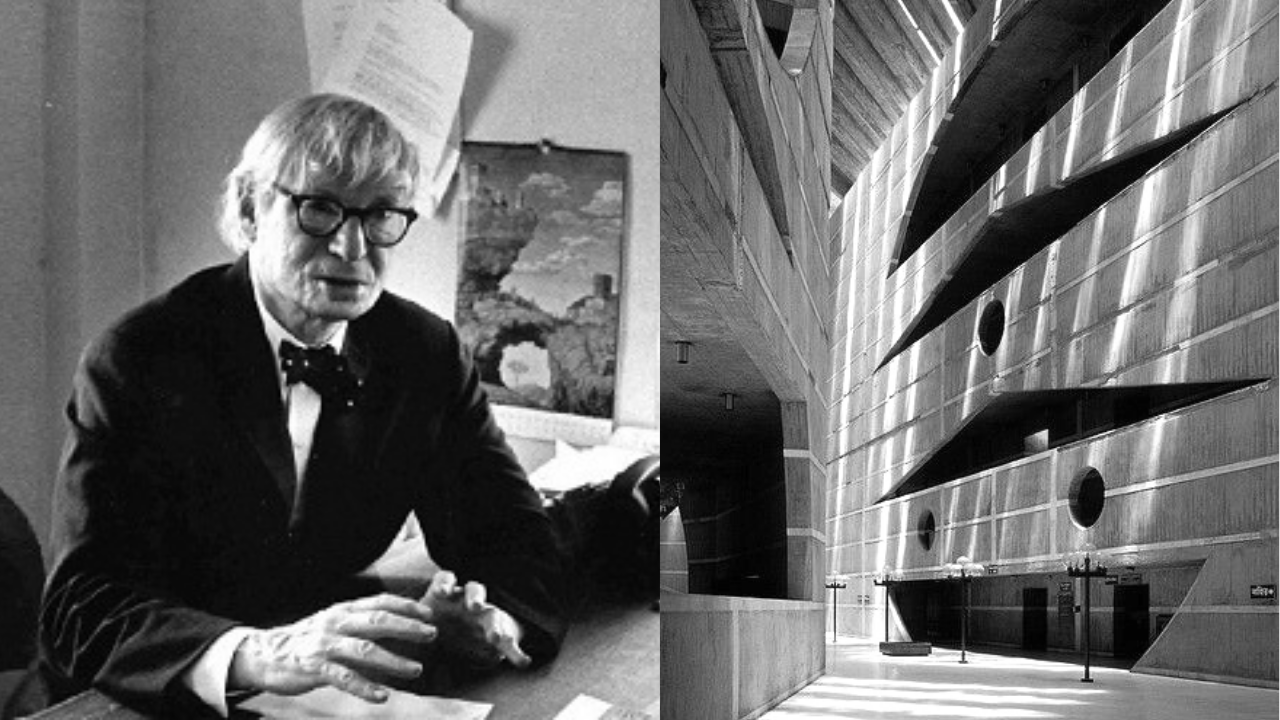 Learning from the Masters: Louis Kahn

Louis Isadore Kahn is principally recognized for his timeless architecture and spirituality as a result of his radical ideas breaking barriers in the modernism era. He was trained in the Beaux-arts discipline from the University of Pennsylvania where he took mentorship from Paul Cret and later on assisted him in his works. Cret played a major role in instilling the ideas of idiosyncratic modernism in Kahn which altered his perspective about Architecture embarking upon a journey to the realization of the truth. He concentrated upon giving primary importance to the characteristics of water, light, material, and nature itself in his Architecture dramatically.

Later, at the age of 36, he authorized his own studio and started with projects of low-cost housing until the commission of his first major building, an extension to Yale University art gallery. Throughout his journey, he wanted to attain perfection around the themes of silence, light, and monumentality that got him global recognition.

“A plan of a building should be read like a harmony of spaces in light. Even a space intended to be dark should have just enough light from some mysterious opening to tell us how dark it really is. Each space must be defined by its structure and the character of its natural light.” - Louis Kahn

Kahn defined monumentality in architecture as a spiritual quality inherent in that structure that carries immortality within itself, nothing can be added or changed. He greatly admired and sketched buildings from Greece and Rome to study the basic principles, clarity of form, and scale adopted in the past which added up to the greatness of the structure.

"Monumentality is enigmatic. It cannot be created intentionally. Neither the most exquisite material nor the most advanced technology is necessary."- Louis Kahn

The Nature of Nature

Kahn believed that the nature of space reflects what it wants to be, the nature of things is evident by analyzing what they truly are and expressing them as such is the architect's duty. Spaces must evoke a greater sense of dedication to the establishment and its associations by adopting true and real principles that they cannot be destroyed, which is conscious of water, of air, of light, of the animal and green world.

His poetic philosophies gave utmost regard to the rhythm of light and shadow transcendental to his Architecture. He wanted the fraternity to realize the glory of natural light missing in structures postmodernism, static light could never match up the endlessly altering qualities of natural light. The effect of light mattered more than the origin of it, consequentially light sources in his buildings were generally hidden.

He regarded light as the giver of all presences and the fundamental cause behind the perception of any form that exists. To him, every material is made up of light and the material serves its purpose by casting shadows.

"We are born of light. The seasons are felt through light. We only know the world as it is evoked by light."- Louis Kahn

Kahn employed symbolic geometry while giving form to the Indian Institute of Management and the Sher-e-Bangla Nagar marking the origins of Architecture in elemental shapes circles, squares, and triangles. With his progressive ideas, he has been successfully amalgamating eastern and western cultures by the means of synthesizing the new and the old, the local and the universal. matter of IIM Ahmedabad reflects geometrical order, space, and light by successfully incorporating local materials (brick and concrete) and large geometrical façade extractions as an homage to Indian vernacular architecture.

Architecture spoke to him in silent symbols, experiencing the real essence of time in spaces of reflection. He had a deep-felt attraction for the way forms reverberate –  he explained that one of the roles of the architect is to register these echoes lest they pass forever into silence. The Salk Institute is one such place that enriches one with the sacredness and monumentality of the central plaza which merges with the Pacific Ocean. As an assertion to the power of timeless Architecture, silent spaces devised can invent a person to feel honored.