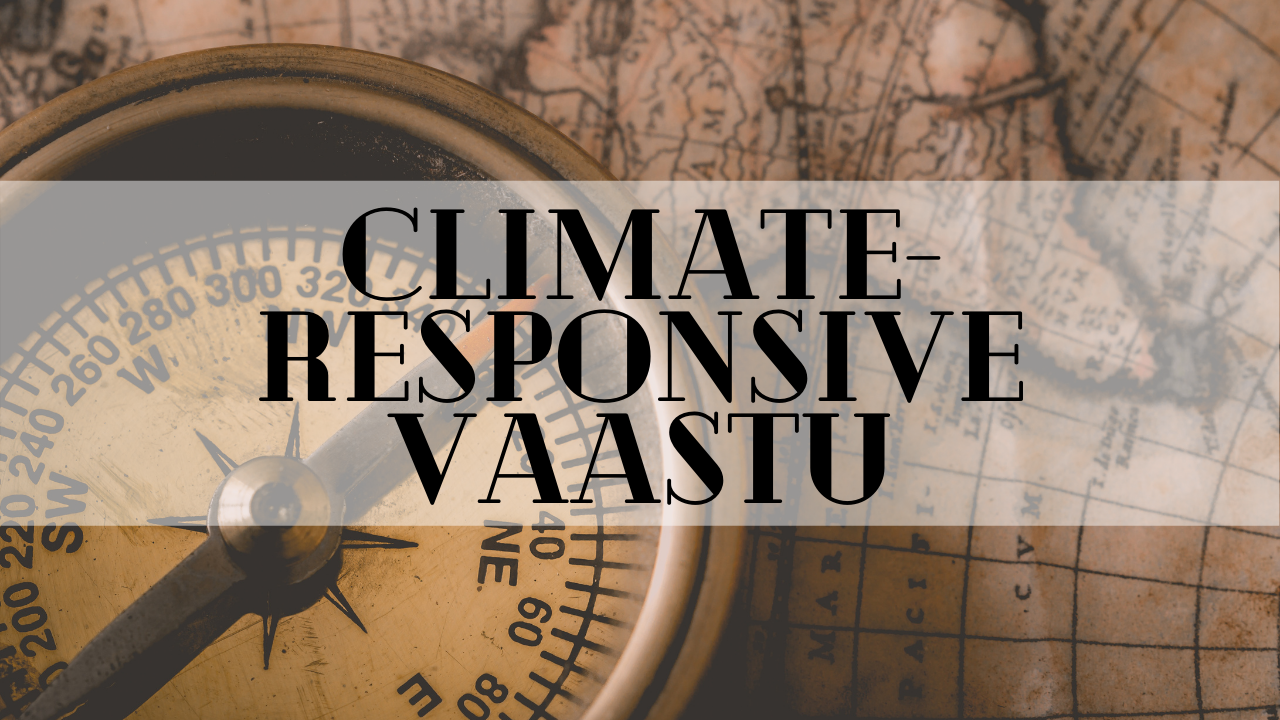 Vaastu has inevitably been a highly debatable subject in the building industry, but the bottom line remains that to date a huge chunk of people continue to believe in its power over their lives. Not having a Vaastu-compliant built environment brings in a certain amount of fear of losing their wealth, health, and peace in relationships; affecting the overall wellbeing of the occupants and owner.
Upon investigating deep into the origins of Vaastu, we realize that it was imagined for people to build their houses when proficient service providers were not available. It consisted of region-specific guidelines which when adopted, secured the building of peace. Earlier, when there was no electricity a lot of our chores and activities were administered by the position on the sun and strategically placed such that a specific task receives the optimal environment that it depends upon.
As a consequence, some of this ancient wisdom can be applied even today to achieve energy efficiency. Let us recognize some spatial Vaastu concepts which are backed by climatical wisdom and can be applied in the layout planning process. Upon understanding the science behind some of the practices, their execution can be made easier.

Throughout the early morning, the Sun is in the North-Eastern part of the house which makes it an ideal time for Yoga, meditation, prayer, or study. The sunrise period is very quiet and peaceful, activities like Surya namaskar which is an indispensable part of Yoga and dedicated to the lord Sun are also performed during this time making it an ideal location for yoga, meditation, and prayer.

The kitchen should ideally be situated in the Agni part of a house that is in the South-East direction with a claim that it will help reap maximum benefits from the prepared food. Importantly, it is said that the person who is cooking should either face North or East. Orienting the fenestrations in North or East can enrich the kitchen with low radiation daylight and maintain the thermal comfort of the person who is cooking. The cupboards/wardrobes inside the house should be located on the south or west walls which act as a buffer for the conductive heat entering the house from the external walls from these sides.

The Sun spends most of its burning hours in the South-West, and hence locating activities to be done from noon until the sun sets in the Southern part is not a good idea. Locating bedrooms in the Southern part is a smart decision considering the utility of bedrooms is maximum during early morning and then at night when it's not attacked by the sun’s harsh radiation and becomes warm. If a living room is placed in this direction, cooling loads will be massive and harsh light will enter throughout the day.

From socializing with guests, friends, and distant relatives to sharing personal time with your family, watching TV or family discussions living room serves a critical purpose. North-East is said to be God’s corner as it receives early daylight and remains pleasant and well-lit throughout the day for activities. As a general rule, more spaces in which one conducts their significant activities should be provided in the East and North compared to the West and South of the complex.

The ideal location of openings

According to the fundamental Vaastu principles, all the fenestrations (doors and windows) in the house must be in proper alignment with each other. This supports the linear ventilation method which was used before the concept of cross ventilation was intentionally introduced. All the potential openings had ventilators above them facilitating the gradual reduction of the heat pond effect at ceiling level. The shutters of all openings were made of wood, which contains an insulating material regulating the interior temperature, unlike glass.

The guidelines for building setbacks as per Vaastu are barely on south and west, more on north and east. The scientific reason behind this published guideline is that the building is closely placed to the trees on the south and west perimeter wall, providing shade to the openings as well as the outer wall surfaces from the grating radiation in these directions.